Microsoft’s latest breakthrough is in leadership

Microsoft is once again renewing itself, with the company now tackling the toughest of challenges – leadership. On account of Covid-19, Teams already changed the way we work, and now, in the aftermath of the pandemic, we also have to change the way we lead. Microsoft is making this possible with the revamped Viva platform, which is set to be released next year. Watch a video of the product launch on Microsoft’s website.

Technology in itself never changes anything, but what is significant about this launch is the acute crisis combined with Microsoft’s market leadership among knowledge workers. All of us who have ever read any literature on leadership know that a sense of crisis serves as an excellent catalyst for even a major change.

Covid-19 changed working life permanently. Following the pandemic, people are working more than ever, while leaders at the same time are more suspicious of the productivity of their subordinates in remote work (productivity paradox). Employees are changing jobs at an unprecedented frequency in order to develop themselves and, on the other hand, because commitment to one’s own place of employment has suffered.

As a result of and in order to prevent the above, attempts are being made to force employees back to the office, which employees understandably find unmotivating. Instead of being forced, people would rather return to the workplace for the sake of meeting their colleagues and building a team spirit. These factors create a downward spiral in which the objectives of employees and employers only pull the parties further apart, the end result of which is that employees fare poorly and the productivity of companies suffers.

It was easy for Teams to make a breakthrough during the Covid-19 pandemic, as the majority of knowledge workers already had Teams at their fingertips. In addition to the Teams application being easy to use, all it took was a real need to learn a new user interface and way of working, resulting in millions of users moving from physical conference rooms to Teams meetings.

Now the same thing is happening with Microsoft Viva. Viva brings goal setting, tracking results, giving and receiving feedback, and communication to a simple and daily level that is similar to Teams. Viva does for clumsy, distant, complex and irrelevant scorecards what email once did for communication.

Goals and achieving them

Setting goals and making their achievement visible has an unimaginable impact on employee motivation and well-being, removing both your own and your boss’s doubts about your adequacy and serving as an effective tool in general for mutually identifying and articulating objectives. How many knowledge workers currently know exactly what is expected of them? Moreover, how many can say that they are certain that their own understanding of the goals corresponds to that of the entire organisation?

And best of all, when the goals of the day have been achieved, you have permission to take it easy. To stop working at 2 pm and pick up your child early from daycare or go out for a beer with a colleague. You can wander around the office having meaningful or not-so-meaningful, but fun conversations. Or if the goals are not met despite hard work, there is a tool at hand for this as well – saying out loud that the objectives are unrealistic. In this case, instead of resigning as a remedy to not coping, a conversation with one’s supervisor is enough.

Maybe the situation will even turn this way: once the acute tasks of the day have been done at home, people come to the office to get inspired and meet their colleagues.

Interested in hearing how you can improve goal setting, tracking results, collecting feedback, and communication in your company with Microsoft Viva?

Book a 30-minute information session with a Sulava expert here 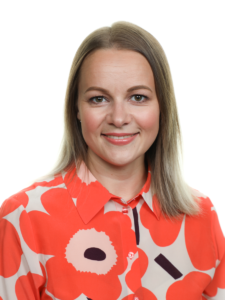