“We could test new services experimental there, but we’re never going to use the cloud in production.” I well remember all the discussions and suspicions surrounding cloud services back in the early 2010s. But reality surprised us all once again. Concerns about cloud security and availability proved to be groundless. Instead the cloud has brought significant benefits, a few of which I’ll list a bit later on. Many who once viewed the cloud in a negative light have already migrated with no intention of going back. And why would they?

The business advantages of cloud solutions have long been undeniable. There’s no need to invest in IT infrastructure, meaning that the only costs will be operational. And these costs are also predictable and flexible. Capacity is always available as required. The cloud easily scales both up and down. All this is familiar to many, but the cloud also offers many other benefits.

Cloud services have grown rapidly. The research company IDC forecasts, that this year, public and private cloud investments will permanently exceed investments in traditional IT. In itself, this 50 per cent marker is just one milestone, but it’s still a strong indication that every company should be migrating to the cloud now if ever. The cloud is no longer “fashionable” – it’s where you have to go if you want to keep up to date.

Development is one of the most important reasons to enter the cloud, in terms of both services and the company’s own development.

The majority of service development is already happening there. Many of the latest features are available initially or only in the cloud, which means that traditional on-prem applications and solutions are starting to get left behind. Investments in data security are also mostly occurring in the cloud. If your company intends to keep up with updates and features, you don’t really have any other option.

The cloud will also boost your own company’s development. Teams, along with its integrated Microsoft and third-party applications, is fundamentally changing and enhancing our way of working. Services found in the Azure cloud, such as machine learning and analytics tools, are also enabling us to create new business solutions much faster than before. Data volumes have exploded in recent years. Making decisions with the aid of data also calls out to the cloud for help.

However, migrating to the cloud won’t happen on its own. Although it will require new technical skills, the shift will above all be a cultural one. If you don’t change the way you work  when your organisation migrates to the cloud, you’ll be lucky to succeed. People play a huge role in change projects.

Their approach to change be enthusiastic or critical or anything in between. Either way, the cloud is here to stay. And this year is your last chance to consider your next steps towards migrating to the cloud. 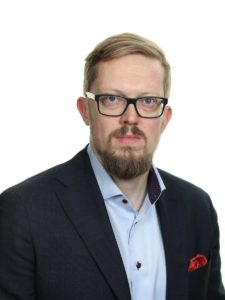