Is your upcoming M&A causing trouble for your IT team?

Corporate transactions, such as mergers, acquisitions and spin-offs, often come as a surprise to the IT department. Especially in listed companies, somebody somewhere decides something and orders that section X of the company must be merged or split off by X date. In an unlisted company, there may be a little more leeway and fewer moving parts.

The usual corporate transaction is the merger of an entire company or a part thereof into an existing company. Spin-offs, where a company splits off one of its sections as a separate, independent business, occur too, but they are less common.

We have been involved in planning and executing dozens of large-scale M&A transactions and hundreds of mergers and acquisitions involving tens of people together with our customers’ IT teams. Experience has shown that even though all cases have their own unique characteristics, the formula is same for all of them.

When planning an IT system integration during M&A, there are a few important parameters to start with:

For a merger or acquisition that involves a few dozen people (or users, if we want to start speaking tech here), there is an existing formula for carrying out the process. You need a network connection, then you migrate users and workstations and their data to your own environment and go through the applications one by one. When a large company takes over a much smaller company, the data is migrated instead of dragging the smaller company’s enterprise system along for long.

In more large-scale mergers and acquisitions that involve hundreds or thousands of users, the approach is different due to the number of factors at play. Not only do you have many users and a lot of data, but also many applications. The process can rarely be executed at once. It should be staged carefully, which usually takes a long time, especially with enterprise applications.

Careful planning is crucial before any technology decisions are implemented. The goal here is to carry out the migration so that negative effects on business activities are kept to a minimum throughout the process and so that the company does not find itself later in a situation where previous bad decisions have led to additional complications.

Business requirements guide the planning, but do not dictate everything

Usually, the starting point for planning is determining how user identities will be migrated so that the users can access the services they need at all times without interruptions. This involves cross-utilisation of services through guest accounts, AD trusts and the identity migration method, and when properly planned, this builds a foundation for the cross-utilisation of local applications and network shares between environments.

Migrating workstations from one environment to another requires establishing network connections, which is usually done as early in the process as possible. For workstations, there are usually two options: migration or reinstallation. Sadly, Microsoft no longer supports Windows 10 workstation migrations from one Active Directory to another, other than through their expensive and rather rigid ADMS (Active Directory Migration Service). It is technically possible to carry out the migration with other tools, but in that case, the environment is not supported by Microsoft.

Data migration between environments entirely depends on what services are being used, even within Microsoft 365. Email and OneDrive data migration isn’t usually a problem, but with more specific workloads, such as PowerApps or Power BI reports, there are certain special features and data connections that they require. As a rule, you can say that almost everything in Microsoft 365 is migratable. Some services, such as tailored SharePoint sites (Intranet) may, however, require some manual work.

User experience should be designed for different services at an early stage to include the planning of end-user communication in the process. The more invisible the migration is for the user, the happier everyone usually is. This is worth going the extra mile, because if each user loses one working hour in the migration process and this is multiplied by, say, 2,000 users, it eventually adds up to more than one person-year.

Business changes also mean big changes for the employees. Still, end users are all too often neglected in the process, which leads to distractions, interruptions and uncertainty at the workplace. A merger, for example, brings together the organisational cultures of two different companies. Successful change communication and end-user trainings play a key role in making the change as easy as possible for users and ensuring staff satisfaction and productivity.

IT system reorganisation during M&A is a complex puzzle: you need to carry out a large number of changes and build them into a synchronised whole on a tight schedule so that the end users do not notice anything. Although good planning and vision are key, all projects involve elements of surprise that require quick reactions and solutions.

How can we help you?

Get to know our services 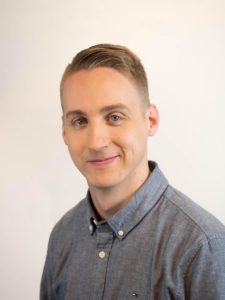