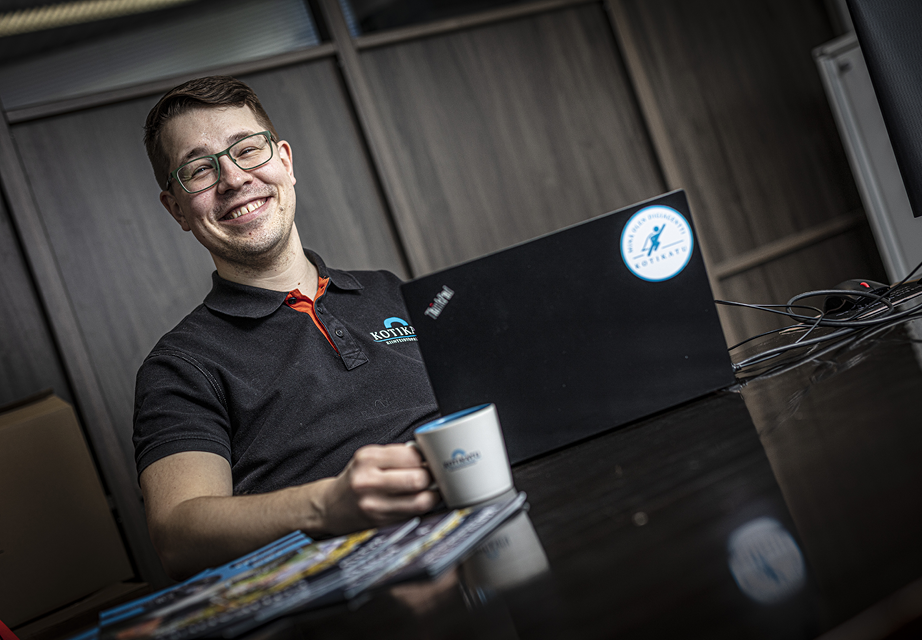 An organisation of more than 3 200 professionals, property maintenance service group Kotikatu wants to be a digital pioneer in its industry and to make the most of modern tools. Sulava supported the company in extensive implementation of Teams with the help of digital agents.

Founded in 1989, Kotikatu Oy is a local and agile property management service company offering all the services, resources, and reliability expected from a large operator. In September 2020, Kotikatu merged with PHM Group (Porvoon Huoltomiehet), and now the organisation offers its services all over Finland, as well as in Sweden and Norway.

Digitality plays a key role in Kotikatu’s operations. The company has a clear digital strategy, and it aims to be one of the leading organisations in its field in regard to digital solutions. The purpose of the digital strategy is to make sure that employees find their jobs meaningful and are able to work efficiently.

“The property management business has traditionally been plagued by huge numbers of different systems. We wanted to use our platform strategy and modern tools to diminish that number”, says Minna Honkanen, Project Manager at Kotikatu. “Our aim is to have only a few systems that our employees use and need to log into.”

The Kotikatu organisation has employees in a wide variety of roles. The majority of them work in the field with tractors and tools, while approximately one third spend most of their working time on computers. Now Teams functions as the collaboration platform for these computer-users, and the plan is to introduce the platform in the field, as well.

In practice, document and project management, collaboration activities, and meetings are centralised in Teams. The platform is well suited to the company’s local and agile operating model that has people experimenting and learning often and at a quick pace.

Kotikatu’s values and corporate culture reflect the company’s local nature. The introduction of Teams has greatly increased human interaction, diminishing distances. The platform has provided a direct line of communication between the Oulu and Helsinki offices, for example.

“Thanks to easier collaboration and obtaining and sharing of information, we can now accomplish many new things, which has also affected our corporate culture. Teams has provided our extensive organisation a meeting place”, Honkanen says.

A huge change in a year

Kotikatu’s Teams project got off to a brisk start: the kick-off meeting was held in early April 2020, when people were already working mostly from home. Since it was essential to enable efficient remote work immediately, the project team and Sulava went straight in at the deep end. In addition to implementing Teams and OneDrive, they created a Teams playbook for Kotikatu, to provide guidance on implementation, and a comprehensive training programme was designed for management and other personnel.

“We have achieved huge changes in less than a year. Openness and collaboration between units have improved by leaps and bounds. The role of our IT function, for instance, has changed throughout the company. We now have centralised management services that provide high-quality IT services through a single point of contact”, Honkanen explains.

The implementation of Teams also contributed to the company’s merger with PHM Group in autumn 2020. In March 2021, Kotikatu’s Microsoft systems will be made available to PHM employees, as well.

A team of 25 digital agents was put together primarily to support employees in the implementation of Teams. Now they also act as digital advisors to employees on other digital matters, as well as a sparring team for the management in regard to technical ideas.

The digital agents were recruited through an internal marketing campaign with terrific digital agent illustrations, and it inspired many employees to join. The company’s chief information officer Juha Allonen was the primary promoter for the project.

The digital agents work in a variety of roles, from regional manager to customer service representative, and the team meets weekly.

“Although, due to the absence of meeting places, we had never done anything like this before, we tried out the digital agent model with an open mind”, Honkanen says.

Making voices from the field heard through digital agents

One of the active members of the team is Joonas Mansikka, supervisor in the Vuosaari unit. He joined the group because he is interested in information technology and fascinated by all things new.

“The first and foremost task of us digital agents at Kotikatu is to promote the implementation and use of Teams and other digital systems in the organisation more widely. We also act as representatives of the field. Through us, our IT team obtains support in and ideas for the implementation of various projects, and we keep them informed about opinions in the field”, Mansikka says.

“I wanted to be involved in a project where I can see from the front line how such a system is implemented in a large organization. Of course, I also wanted to be able to have a say in how the system is used in my own unit and elsewhere in the company. Curiosity towards technology lured me in – I am a bit of a nerd.”

One of the areas of development in Kotikatu’s corporate culture is the utilisation of in-depth expertise of trusted partners. Sulava was closely involved in the project and highlighted matters such as cultural change.

“Our collaboration worked extremely well, and the Sulava consultant involved in the project was a top professional. Sulava’s extensive competence was also a tremendous thing. They are always able to help in a quick and agile manner”, Honkanen says in praise. “Our organisation is no ultra-modern start-up – all in all, we are a fairly traditional property maintenance company. Sulava’s consultant grasped our corporate culture quickly.”