MTV is an iconic Finnish media company, which has its roots in television’s early days in Finland in the 1950s. As Finland’s largest commercial television network, and a subsidiary of Sweden’s Bonnier, MTV’s vision is to entertain all Finnish people regardless of time and place.

MTV’s IT works with a similar objective, aiming to support the company’s employees’ productivity regardless of time and place by providing new ways of working with modern tools. MTV chose Microsoft’s tools, such as Windows Autopilot, and Surface laptops to achieve this goal. Sulava operated as the technical partner for MTV in the transformation project.

Explore MTV, see how Autopilot works and how MTV benefits from it from video below and the story continues under the video:

MTV is on a highway to the future. Its road is paved with modern ways of working, the latest technology and cloud-based services. MTV is utilizing cutting edge IT solutions to develop and offer digital services to their customers and to equip their employees with modern tools.

“The media industry overall has gone through many changes in recent years, and MTV is no exception. For our IT this means that we need to be ever more agile to deliver the best service,” says Juha Allonen, ICT Director at MTV.

“With our new modern workplace concept, we have aimed especially at boosting employee productivity and achieving cost savings.”

The key to a functioning IT infrastructure in a modern workplace is that systems run around the clock, while being agile and reliable. MTV started the deployment of its new workplace concept in the most demanding environment, the news production unit. This is the team that produces news and current affairs programmes for MTV. After the pilot phase, the workplace concept will be deployed across the rest of the organization. 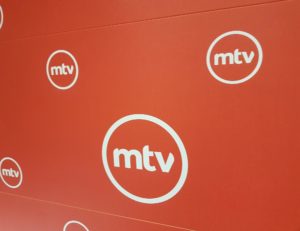 One of the main tools for MTV in its new workplace concept is Windows Autopilot, which is designed to streamline IT processes to save time and costs. When an employee logs in to the device for the first time, everything is automatically installed.

An employee simply unboxes the device, switches the power on, chooses the desired language, connects to a network, logs in and the rest happens automatically. This streamlined process saves a lot of time and effort for both the IT department and the end-users.

“Previously it took a long time and required a cumbersome process together with the IT service desk to get all the devices and services in place for our new users. This is what we wanted to change.”

explains Anna Rusanen, Product Owner, End User Services at MTV. “After we learned about new ways of working and easier ways of deploying new devices with Microsoft’s tools, we naturally wanted to try it out.

Ease of use and quick deployment of new devices with Windows Autopilot was one of the primary reasons why MTV chose Microsoft’s solutions. Allonen was immediately impressed after trying out the device.

“My first personal experience with Windows Autopilot is from yesterday, when I started using my new personal device. Within half an hour the laptop was business ready and I didn’t have to call the service desk even once.“

Besides making the process of deploying new devices streamlined and easy for everybody to execute, MTV is using Windows Autopilot to cut costs. The money saved can then be used in other ways – such as equipping employees with premium level laptops. Allonen says:

“With Windows Autopilot we are saving some 200 euros per every new device we are deploying. Thanks to these cost savings we are able to invest more into an overall better end-user experience”

The wow effect of the surface

One of MTV’s objectives from an IT point of view is to be able to operate devices independently. Microsoft Surface devices are offering MTV a lot of new opportunities, while supporting the company’s modern way of working. The chosen devices also lighten the daily workload in several ways, with features like Windows Autopilot and Windows Hello. 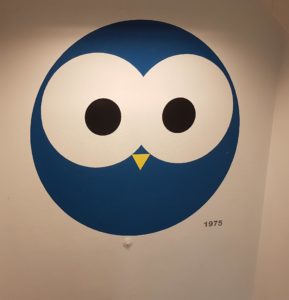 The modern way of working that these laptops enable also plays an important role in employee satisfaction for current as well as future employees: “We chose Microsoft Surface laptops simply because of the wow effect that they offer to our employees,” Anna Rusanen says.

“Our employees are very happy with the new solutions, as they offer a truly effective way to work, and you can install new devices and services wherever you are, regardless of time and place.”

Virve Ollikainen, Product Owner at MTV, was one of the first to experience the new workplace concept. She says that her new laptop has drawn a lot of interest from co-workers. “Many of my colleagues wanted to see and touch my new laptop right away, because its design caught their attention. The device looks modern and exciting.”

It’s not just Surface’s shiny armour that has impressed Ollikainen. “I’m also excited about the new features, especially Windows Hello, that allows me to unlock my laptop with face recognition. This spares me from having to type in my password every single time.”

Sulava was the technical partner for MTV in the project, taking care of the technical implementation and support. Rusanen comments:

“To us, Sulava was the partner that was really ready for a project like this in Finland. We wanted to cooperate with a team that had good experiences in Microsoft’s tools and services, and Sulava has all of this.” 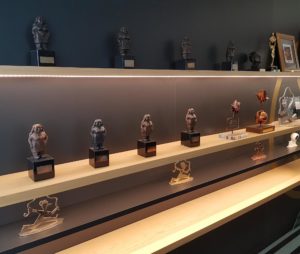 In addition to pure technical support, Sulava’s role was also to help MTV to achieve deeper understanding about the technology implemented. “The important part is the proper setup of management systems,” comments Risto Nikula, one of Sulava’s experts in the project. “When a device is ordered, the device information is provided to the management system, after which the device can be delivered to anywhere in the world. User then does a self-service setup where the management system pushes down necessary configurations, profiles, business applications, and certificates. After a short while you have a fully managed, secured, and production ready device,” Nikula continues.

MTV was very satisfied with the results of the project. “Sulava achieved the goals within the agreed time limit and budget. I can recommend Sulava for similar technical implementations any time,” Allonen says.

Choice for the future

Media company MTV may have just turned 60 years old yet it’s relishing the opportunities ahead and embracing the future. Thanks to its progressive thinking, MTV can confidently move forward in the ever-changing media industry landscape. Allonen concludes:

“To succeed in this business we need to be agile and really focus on what’s essential. By choosing these latest technological solutions, we have managed to boost our operations and focus more on developing our new business areas. Staying on the cutting edge remains a top priority for us moving forward.”