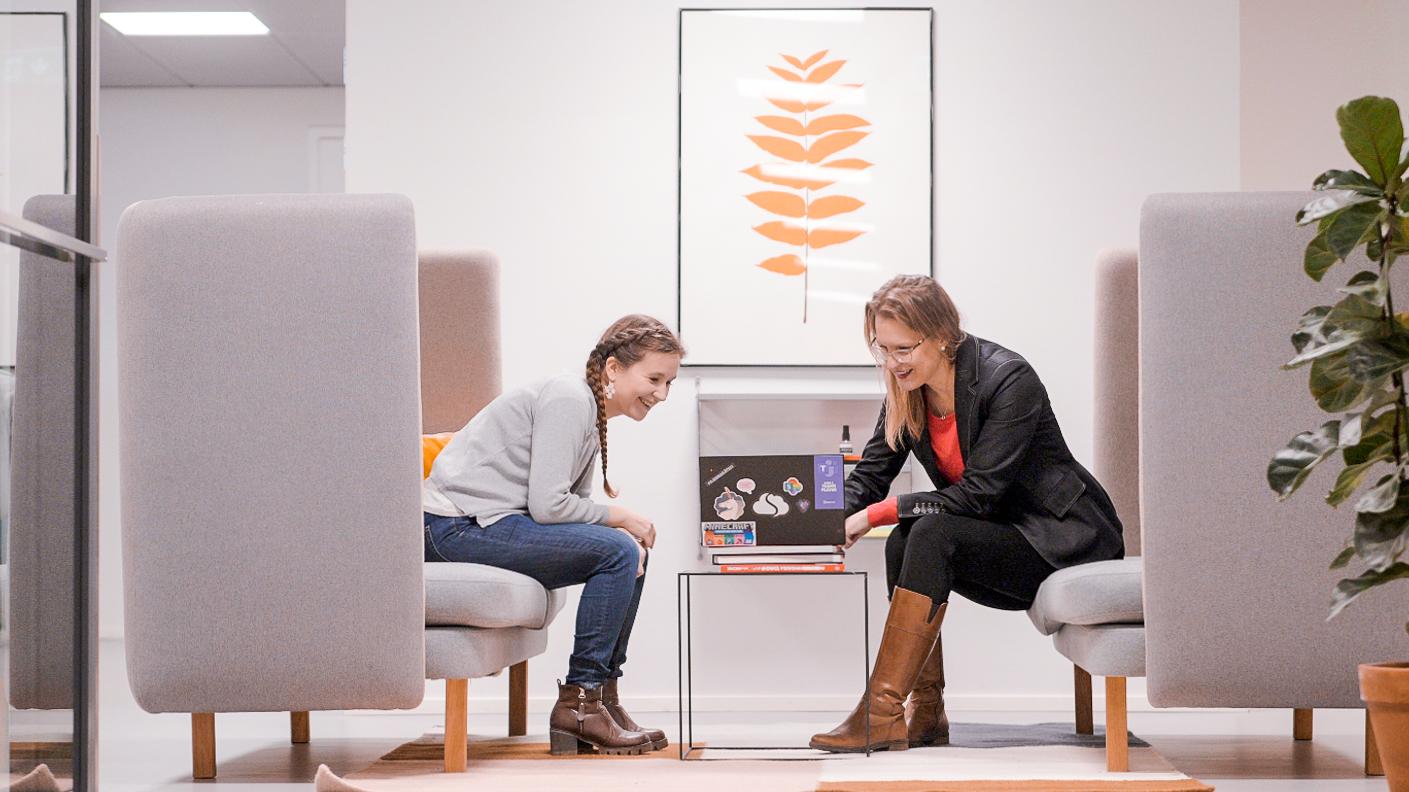 HUS’s goal is to develop its external and internal processes, work methods, and communication. Secondary objectives include building a future-proof platform that allows swift development and deployment when facing new challenges down the road.

As a result of the large-scale Microsoft Teams deployment project which began in spring 2020, all alternative services, like Skype, were discontinued altogether. More than 23,000 HUS employees used Microsoft Teams in December 2020, and the numbers have since significantly increased.

“Teams not only replaced Skype, but our goal is to expand usage to several new areas,” says Project Manager and Information Systems Planner, Inkeri Saiku. “We are actively seeking benefits, suggested by volunteers. Microsoft Teams is therefore not forced on anyone, but we highly encourage the use through the gained benefits.”

“At the same time, this is a significant cultural change, which means that we are moving to modern working environments across our organization. The development doesn’t stop here and, I promise, we will continue the efforts for a long time to come,” Saiku points out.

With the help of Microsoft Teams, HUS has embraced remote customer receptions. The reception can now include more than one person, thanks to Microsoft Teams. Allowing multiple people to join is especially helpful if, and when, a family member or interpreter is needed to take part in the consultation.

During COVID-19, Microsoft Teams provided HUS’s staff with an extra layer of protection as HUS used it to create a remote connection between patients, nurses, and family members. To ensure equal opportunities in receiving remote help, HUS provided patients who didn’t have a device of their own with a rental device that runs Microsoft Teams, allowing the patients to partake in remote meetings.

Privacy is ensured by asking the participants to identify themselves via the video by showing a legal ID. Privacy in remote sessions is one aspect that holds HUS’s greater attention for development in the coming years.

The new user interface makes it much more efficient to review and update work placements, upcoming shifts, and current absences as it’s all visible in a detailed view. Also, the Shifts mobile app adds a great deal of flexibility as it’s readily available anytime, anywhere.

HUS also uses Microsoft Teams in Lean development as a tool for organizing workshops, among other things.

Champions network to support the deployment

“In general, there has been much interest in Teams across our organization – people have been hungry for learning and access to information. The introduction of Apotti, an electronic social and health care record, was also underway at the same time, which naturally slightly taxed the motivation to learn Teams,” Saiku says.

To maximize the interest, at the beginning of 2020, HUS established a champions network, Velho, to encourage Microsoft Teams deployment among staff.

The champions network, consisting of volunteers from all HUS departments, hosted trainings and meetings to collect feedback continuously and learn from the end-users. The network currently employs more than 90 champions and is sponsored by Visa Honkanen, Director of Development at HUS.

“The champion network has its own Microsoft Teams channel and meetings are held every other week. In these meetings, we go through new Microsoft Teams features and consider development opportunities within these,” Saiku says.

Microsoft Partner, Sulava, has been closely involved in the project – from planning to implementation. Additionally, many of Sulava’s consultants have been working in HUS’s Information Management team for a long time.

“Our cooperation has been extraordinarily functional, versatile, and flexible. We’ve received help in the design and implementation of the whole IT-environment, and the consultants dedicated to us have been providing us a wide range of help. For example, help in designing and implementing training videos. Also, Sulava employees know Microsoft products excellently and always know what’s coming,” Saiku comments.